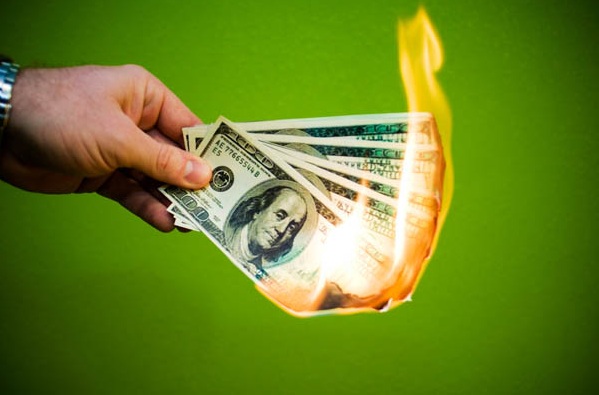 In the past few years, we have witnessed a constant rise in angel investing (startup raising capital from individuals). The Kaufman Foundation estimates that angel investments have long surpassed early stage venture capital investments. Surveys by the Center for Venture Research at UNH indicate that the total U.S. angel market grew from $17.6B in 2009 to $24.1B in 2014. This trend is further accelerated by the proliferation of “unicorns,” the rise of online crowdfunding platforms (AngelList, OurCrowd, Gust etc.), and the relaxed investing rules under the US JOBS Act. Adding more fuel to this fire is the near zero interest rate which pushes affluent individuals to take higher and higher risks in order to achieve any return.

The truth is that making money by investing in startups is very difficult. In fact, even the large majority of professional Venture Capital investors are not successful and barely return or even lose money. Perhaps, this graphic of the Kaufman Foundation VC report summarizes it best:

To make things even worse, making money in seed investing is even more challenging than in typical venture rounds. Seed investors take even more risk which is not always justified by the lower valuations at seed stage. According to the Pitchbook 2015 VC report, median Series Seed pre-money valuation for 2014 was $5.9M while the media Series A pre-money valuation for the same period was $13.1M. This means that the jump in valuation from the seed round to a successful series A is about 2.2x. However, historical analysis indicates that the odds of graduating from an announced seed round to Series A is 33% on average. Assuming these numbers are accurate (Which is hard to know, but they feel right based on my experience), it means that on average angel investors get 55% discount on the series A price while taking 66% more risk. This doesn’t sound like a great deal to me.

One of the common myths about Venture Capital is that successful investors have a ‘special’ ability to spot opportunities other investors didn’t grasp. This is only somewhat true. Not less important is the ability to win these deals after spotting them. Many of the best investment opportunities are highly competitive, and investors need to persuade the founder to pick them over other investors. That’s one of the reasons top VCs keep over-performing over time.

What this means is that as an angel investor, the first question you need to ask yourself when you see a startup is not “why is this a good investment?” but rather “why am I seeing this deal?” Unless you are a renowned, famous angel investor and very well-connected in the startup scene, you should assume you are seeing the leftover deals that other investors didn’t want to invest in. Or as the famous saying goes, “Look around the poker table; if you can’t see the sucker, you’re it.” This doesn’t necessarily mean that the founders literally talked to all the prominent angel investors before getting to you. But the fact that they weren’t able to attract some of the top seed investors (individuals or micro-VCs) is typically not a good signal.

I know most angel investors think they will be the exception to the rule. And it is true that sometimes there are large success stories that are highly elevated by the media. But in general, just like in the casino, you should know the odds are against you. Unless you are a professional or renowned angel investor, you are at an inherent disadvantage when investing in startups by not having proprietary access to deals.

This doesn’t mean you should stop investing in startups. Angel investors are a crucial part of the startup ecosystem. But if you plan to invest in startups, it is better to think about it as a risky hobby and not as a great way to make money.

I am a Partner at Bessemer Venture Partners and a proud father of three girls. View all posts by Amit Karp

I am a partner at Bessemer Venture Partners' Israeli office and a proud father of three girls.

The thoughts and opinions expressed herein belong to the author and do not necessarily reflect those of Bessemer Venture Partners or any of its affiliates (“Bessemer”). The material here is written on the author’s own time for his own reasons and Bessemer has not reviewed or approved the information herein. Any discussion of topics related to Bessemer or its investment activities should not be construed as an official comment of Bessemer
Loading Comments...
Comment
×
%d bloggers like this: